91
SHARES
ShareTweetSubscribe to Email
Subscribe now and have TLV's Weekly Dispatch delivered to your inbox.

July 1 was a bright sunny day in Oxford’s Square. Robyn Tannehill and the seven aldermen were sworn-in to a new term in office in front of  City Hall. 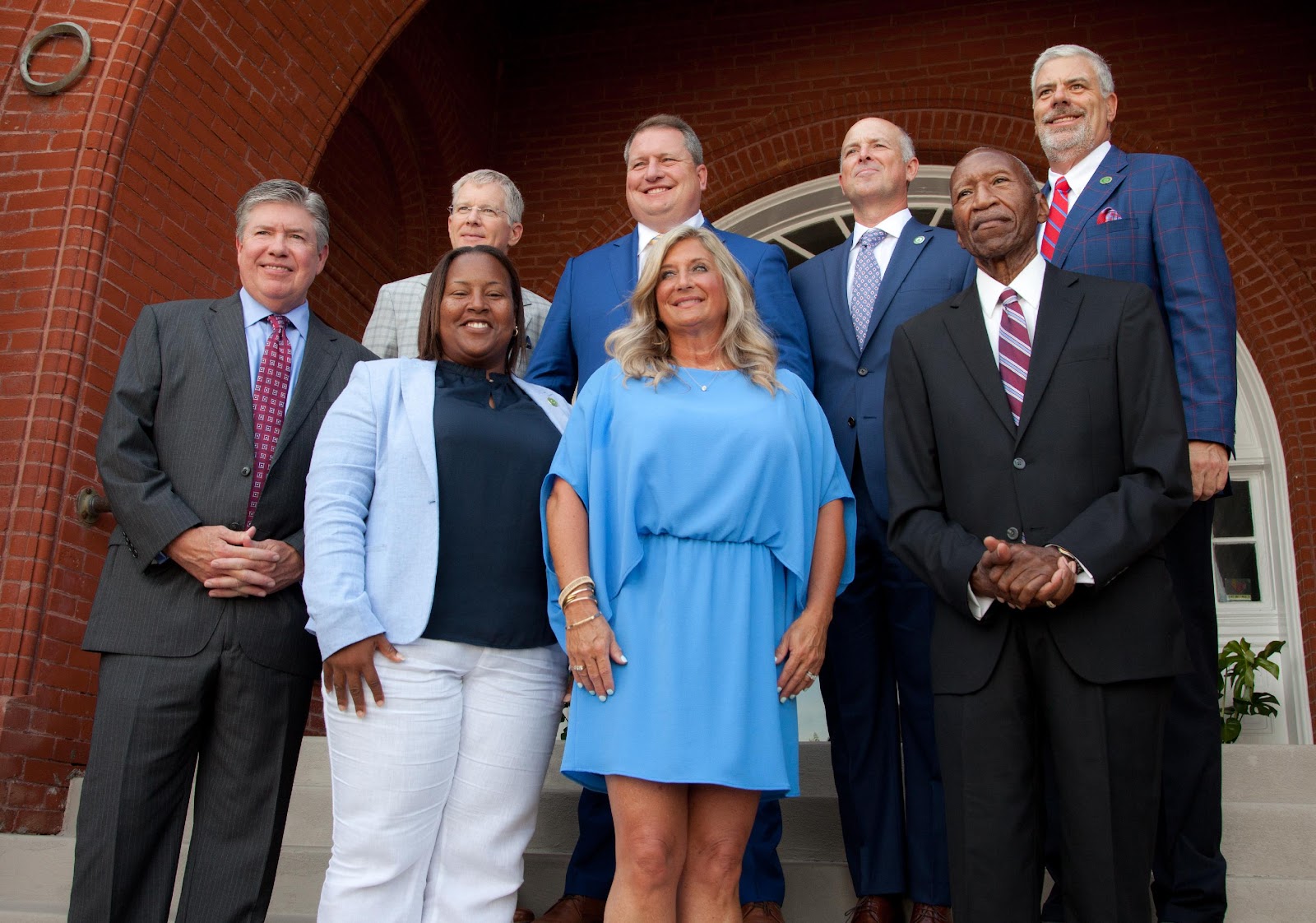 The event got underway with a presentation of arms by the Oxford Police Department Color Guard: 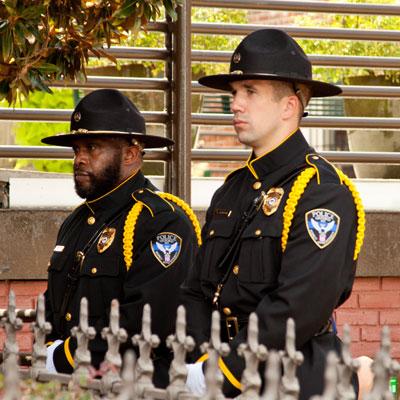 Music was provided by the group Rocket 88: 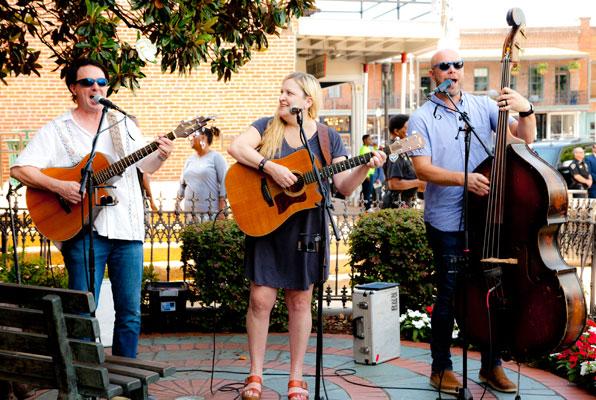 At-Large Alderman John Morgan was, in effect, master of ceremonies. 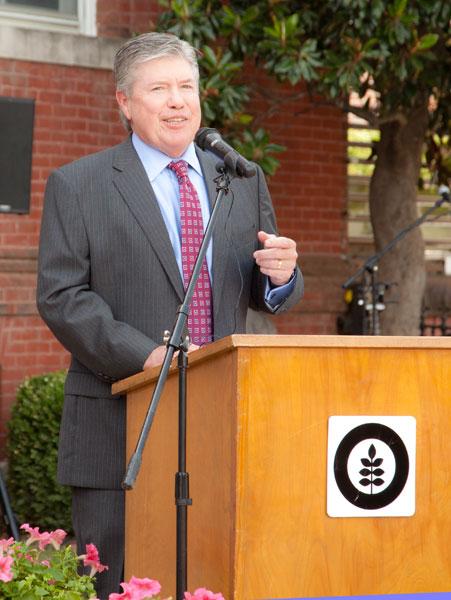 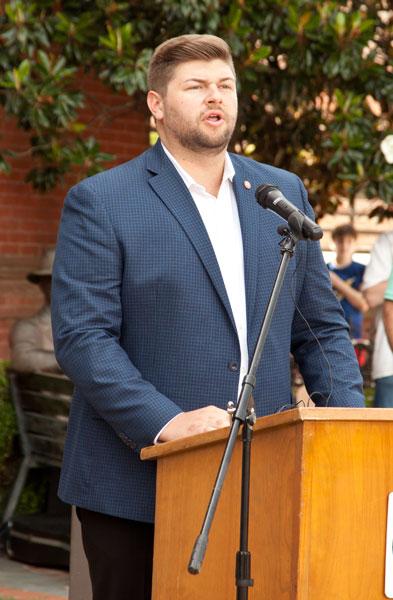 Brady Bramlett of the Ole Miss Development Office provided a wonderful rendition of our National Anthem.

The newly elected officials showing their respect for the flag. 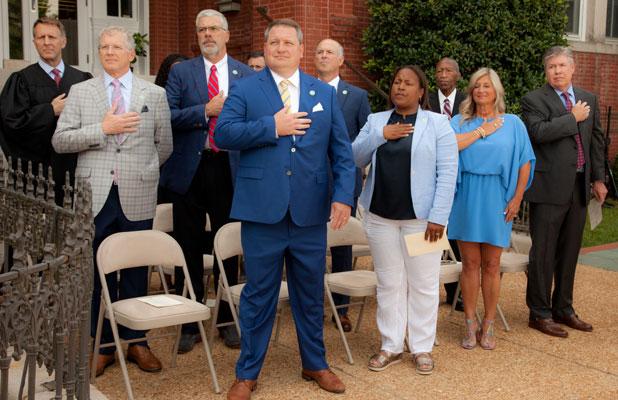 The invocation was delivered by Rev. Laura Gillom of  University United Methodist Church. She made note of past progress and stressed the need for unity of spirit in going forward. 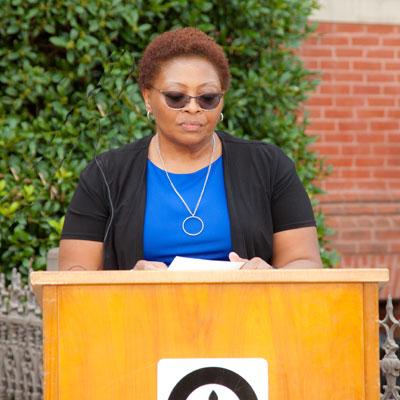 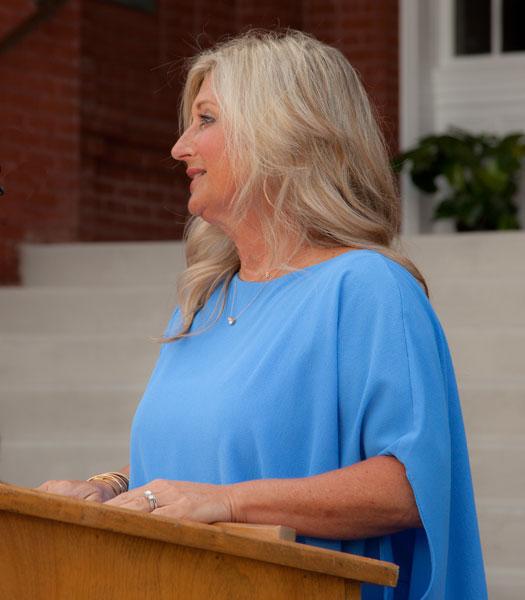 Mayor Robyn Tannehill, also, stressed the importance of unity. She offered gratitude to the city workers (especially sanitation workers, who were at particularly great risk) during a very difficult year that strained human resources. And she cheered the rebound in local business activity, while emphasizing the need for more jobs so that young people don’t have to leave Oxford to find work.

Hinds County Chancery Court Judge Crystal Wise Martin reminisced about her family’s three generations of public service in Mississippi. She emphasized that in her family integrity was always what was most important. Her mother had administered the oath of office to her 2½ years ago. Now she was in Oxford to swear-in a great uncle, Preston Taylor, who has been reelected Ward 5 Alderman. 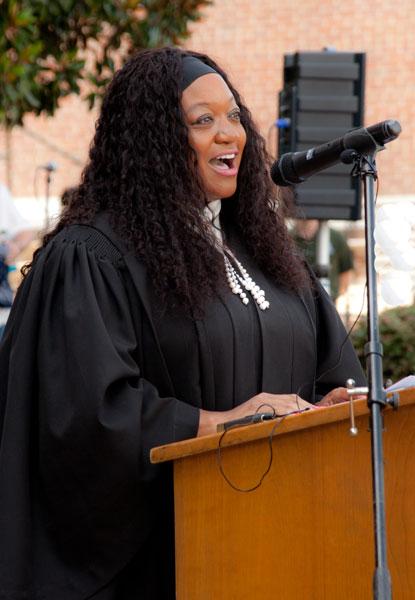 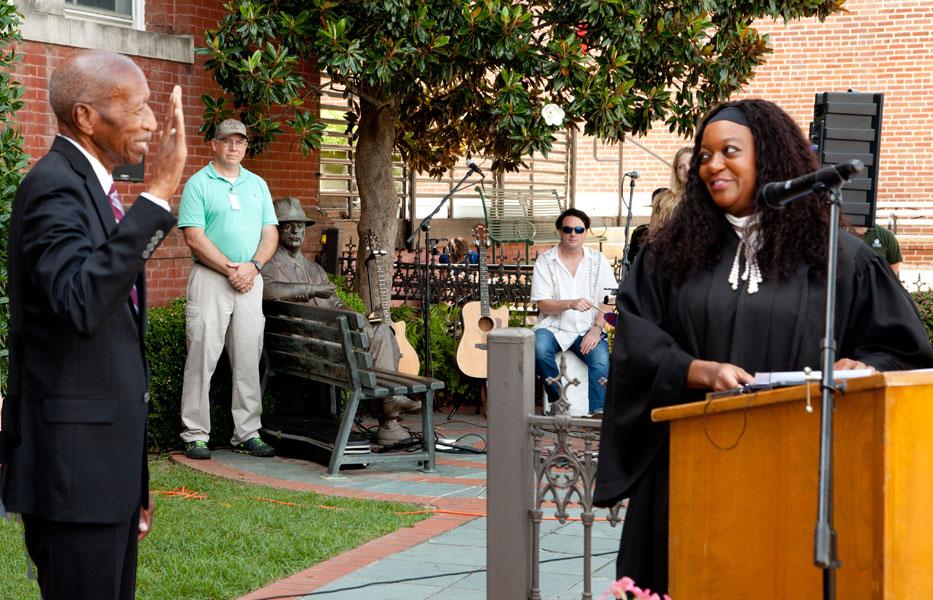 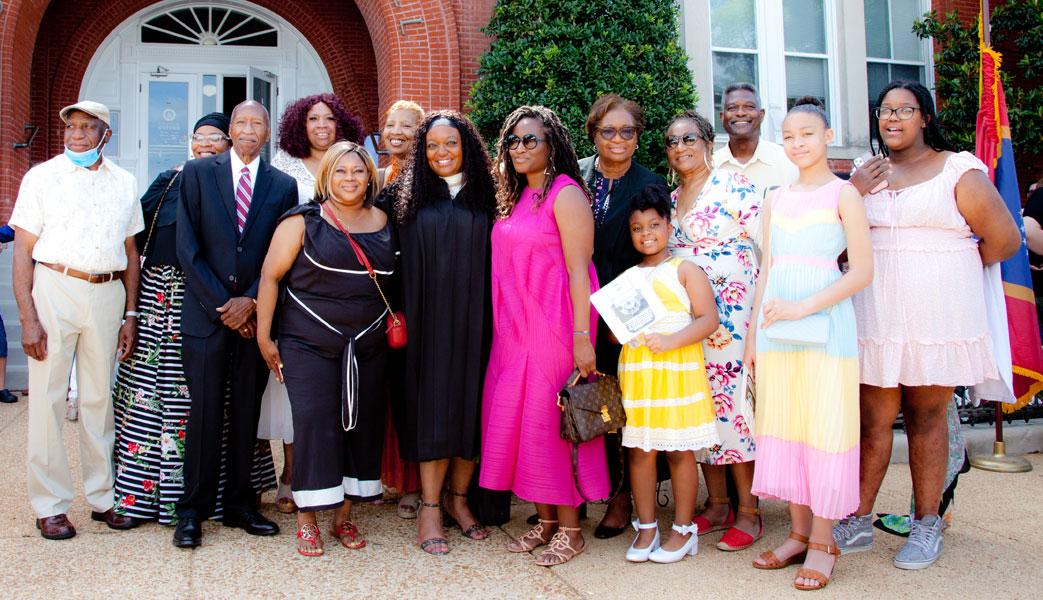 The other six aldermen were sworn-in by Circuit Court Judge Gray Tollison. 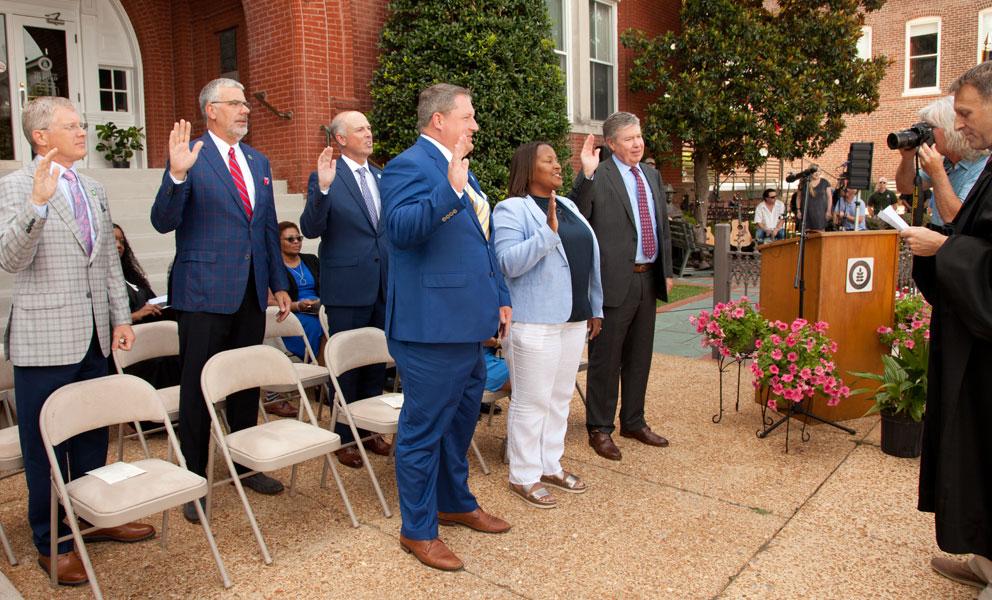 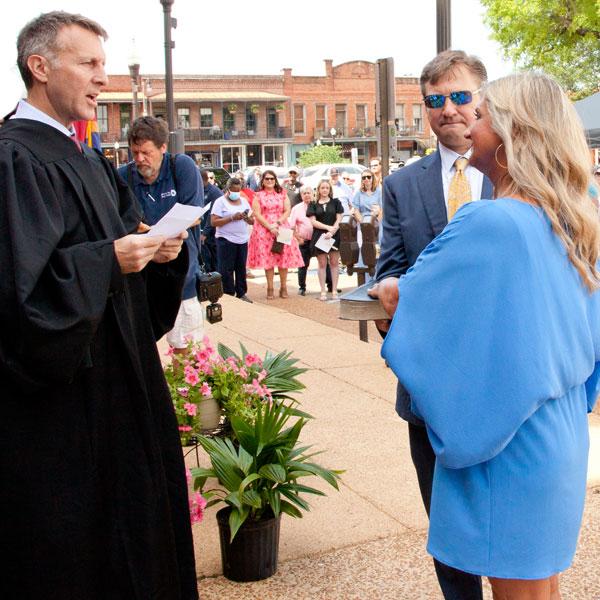 Mayor Tannehill took the oath of office with her hand on a Bible upheld by her husband, attorney Rhea Tannehill. 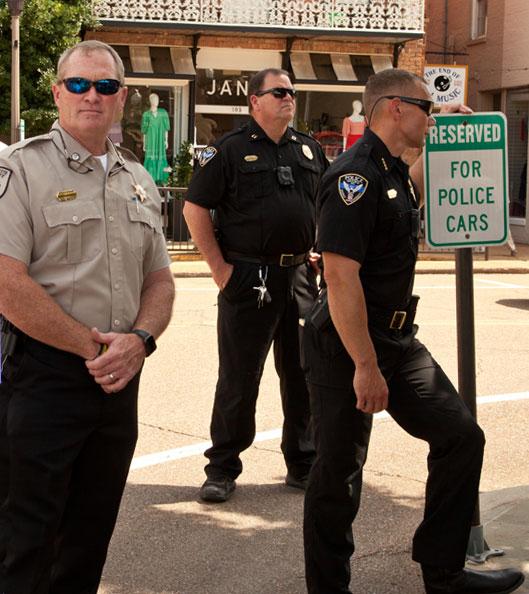 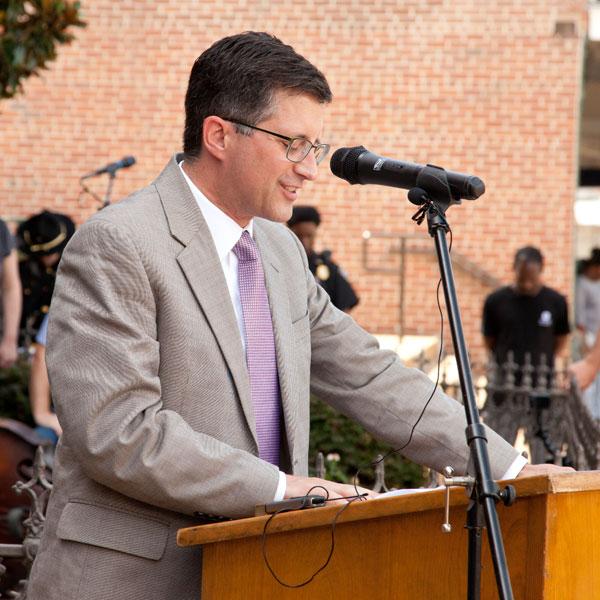 Pastor Eddie Rester, also of  University United Methodist Church, delivered the closing prayer, asking for blessing upon those who didn’t make it through the year, and those of us who did.