I’ll Take My Stand: “Taught to the Tune of a Hickory Stick”

182
SHARES
ShareTweetSubscribe to Email
Subscribe now and have TLV's Weekly Dispatch delivered to your inbox.

“[D]espite its relative poverty and small population, Scottish culture had a built-in bias toward reading, learning, and education in general. In no other European country did education count for so much, or enjoy so broad a base.” – Arthur Herman, How the Scots Invented the Modern World

My dad told me that, back in Pine Bluff, his mother contacted the school he and his two brothers attended, asking that the authorities give a whuppin’ to any of the boys who got out of line. And then, to notify her of having done so, because she wanted to give him another whuppin’ when he got home. This aspect of home schooling required him to retrieve a hickory switch from the backyard, then to return to the house to be punished with it. As Hannah Arendt has written, “Every generation, Western Civilization is invaded by barbarians. We call them ‘children’.”

Based on her correspondence of the time, Elizabeth Maxwell Gillespie Steel(e) (1733 – 1790), of Rowan County, North Carolina was undoubtedly on the side of the American Revolution. She is widely believed to have provided financial aid to the Patriots in their hour of need. 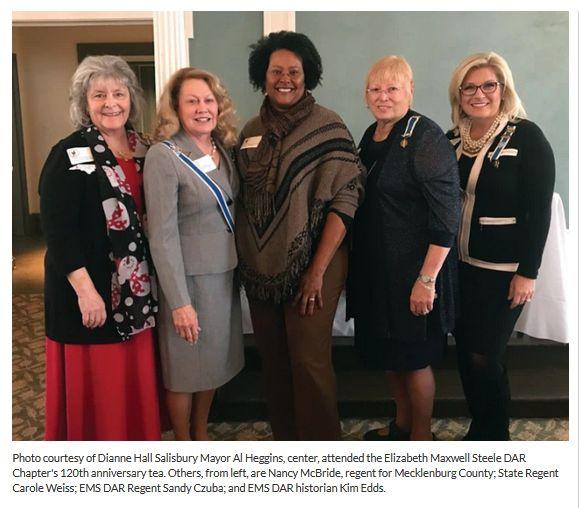 What has it meant in my life that a 4th great grandfather of mine, Reverend Samuel Eusebius McCorkle, devoted the greater part of his public life to educating others? As another North Carolinian scion of Ulster, Reverend Billy Graham, once replied to a question that is similarly evasive of conclusive answer: “No one knows”. 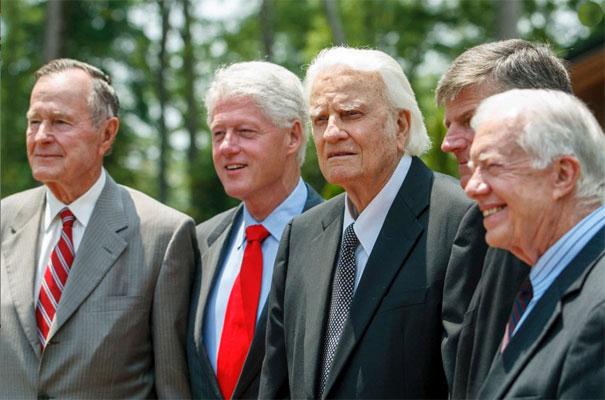 Reverend McCorkle’s likely contribution to my genome is somewhere around 1/64, making me about as closely related to him as Senator Elizabeth Warren is to, say, Geronimo. (Admittedly, she does look more like Geronimo than I look like Rev. Graham.) 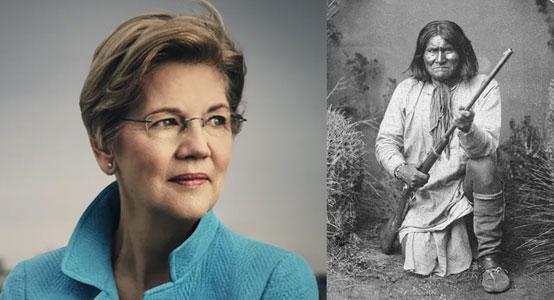 However, genes are not our only inheritance from ancestors. Culture is too. The nature/nurture entanglement will not be addressed in detail here. But (spoiler alert), both, to some still undetermined proportion, play their part in outcomes.

Whether driven by Reverend McCorkle’s DNA (~1/32 in his case) or corresponding enculturation, my dad taught me readin’, writin’, and ’rithmetic at the kitchen table (as his mother had done for him, and her father, in all likelihood, had done for her). I don’t think any parent of my peers spent as much time as my dad did in contact with the schools I attended, K-12. (I can’t swear I was never on the receiving end of corporal discipline.) As things have turned out, I’ve done a stint of classroom teaching (ESL) and individual tutoring (math and English).

My dad later taught English at a junior high school in the South Bronx. His mother taught English and Civics at Pine Bluff High School in Arkansas. Helen Hawkins Weber’s brother Col. Russell Hawkins taught a course on the US in World Affairs at the US Army War College. Another cousin, John Lynn Russell, Jr, while at University of Georgia developed the radioactive seeds that cured the prostate cancer of the then Intel CEO, Andrew Grove (whose praise in his memoir made my cousin’s struggling enterprise suddenly quite successful).

The last edition of this column contains a letter (linked above) written by my cousin Helen Hawkins Weber. A second letter she wrote, no doubt around the same time, continues her family branch’s educational saga for another generation. It’s posted below, with slight editing (mainly bracketed explanatory comments by me):

LOVE was the glue.

Many, many times I’ve wondered what it was that kept us together. With Father gone there was no settled house after I was twelve, Reynolds fifteen and Russell three.

Have I ever told you the circumstances of his death? He was a splendid speaker, an ordained minister, and an avowed idealist. In 1912 and 1913 Texas was trying to become prohibitionist. (That is, certain people were trying.) He led the fight. And the first goal for him, and for those who were determined to outlaw the sale of intoxicating liquors, was Jackson County. So he was busy giving impassioned talks throughout the county.

Edna was a town of only maybe three to five thousand, so everybody knew everybody. One day as Father was strolling downtown the saloon-keeper called to him, “Come here Mr. Hawkins, I want to speak to you.” Unsuspecting, Father walked up to face him, whereupon the man gave him a heavy blow under the chin. Father toppled backward striking the back of his head on the sidewalk rendering him unconscious. Friends brought him home. Mother said the doctor called it concussion. He spit blood all night. From that time until his death several months later, he had trouble with balance, and was often incoherent. When he died, the doctor called it apoplexy. No charges were ever made.

Mother tried to put affairs together. He’d bought half interest in the ranch. She couldn’t even pay the taxes and finally lost it altogether — seven thousand acres. No income. No money. This was December 1914, the onset of World War I. Money was tight and banks were loathe to lend. Even if they had, what collateral?

Mother, then thirty-seven years of age, turned to her sisters who were helpful and loyal. Grace, only twenty-three or twenty-four, was working for a railroad company in Houston and was able to get passes for us — Mother and three children — to Pine Bluff, Arkansas. We lived for five months in Auntie’s house — Auntie [my grandmother, Jessie], Uncle Ed [my grandfather], Edward [my dad], John and Billy [dad’s younger brothers]. Our grandfather [John Elias Lynn. George A Reynolds had died in 1906] was already living there. That made a family of ten.

Uncle Ed was a rice broker, and like my father, tall and slender, strong and fine. All I can remember of that period was love and care and fun. It must have been painful for Mother — trying there, and in Little Rock, to get a teaching job.

All of us children gathered every night around the dining room table to do our homework — all but Billy and Russell — they were only three and five.

Soon after we arrived, Uncle Ed drew Reynolds aside and said, “Son, I don’t want you to ever have to say another man kept you, so I want you to earn your way. Come to the office every day after school and sweep it out.” Reynolds became the man of the family — our family — from that time on.

Arkansas at that time had eleven grades in school. Texas had had ten. Mother placed Reynolds and me in a grade ahead and we did all right. It put me in the seventh grade. I recall that my teacher for all subjects was Miss Mattie Buchanan. She was a remarkable person and I studied my head off for her. Those little bronze liberty-bell medals you’ve seen floating about in boxes of trivia were won by me, age twelve, every report card period — four weeks or six weeks, I don’t remember.

I had realized that the only way I could help Mother was by studying hard and from then on that is what I did. It paid off many years later when I took those competitive exams in Washington, 1929, and ranked first. There were more than three hundred taking teaching exams, I don’t know how many in my field. But that, too, was a crucial date — eve of the world-wide depression. And many were clamoring for jobs. I wish I had kept the beautiful letter from Uncle Ed congratulating me. He was a splendid man — and one of his sons, John, is much like him. All three boys were younger than I and older than Russell.

Back to Mother. She eventually got a teaching position in the little [cotton] plantation town of Tucker, a few miles from Pine Bluff. It was a one room school and she taught the children of the cotton planters every subject from grade one through the third year of high school. There were twenty-five to thirty students.

Since the school was not accredited she sent Reynolds back to Auntie’s and Uncle Ed’s in Pine Bluff for his senior year. She managed, by borrowing, to send him to Marion, Alabama, for coaching. I remember that he was offered a job with the Cotton Belt Railroad for one hundred fifty dollars a month, and he felt he should take it and help Mother. But she wouldn’t hear of it. “Ten years from now you would be no better off. But stick to your studies and you’ll be able to run a railroad.”

She was, of course, right. Ten years from then he was a graduate of West Point, a flying cadet in the Army Air Corps — many years later to be known as the United States Air Force.

Meanwhile Mother had secured a teaching position at Millersburg College, Millersburg, Kentucky. Kentucky had twelve grades, so she skipped me again, and again I did all right. School was never a problem for me. Of course I always took the subjects I liked — English, French, Latin, History — Math, not so much liked as endured — and as little Science as required.

Mother was a wonderful teacher and a brilliant student. She regularly tripped over to Lexington for refresher courses. When she was assigned a college Bible course to teach at Millersburg, she enrolled in an extracurricular course at the School of the Bible at Transylvania University.

She was never paid more than a hundred dollars a month — even after being made Dean of Women at Glendale College, Cincinnati. So how in the world she was able to send me to Transylvania for my last two college years I’ll never know. I know I never had a job to help her. The only money I earned at Transylvania was by selling pearls. That is quite a story.

Gracie [Helen’s daughter], you and Carole [Russell’s daughter] have the only ones left of that period. They are cultured pearls from Japan. I am convinced that they pre-date Mikimoto. Some time, about 1918 or 1920, Uncle Ed found a small bundle of several strings of pearls tied in a silk handkerchief in the corner of a boxcar of rice from the Orient. He eventually received a message, “Find a market if you can.”

Auntie took them to jewelers in Little Rock who had never heard of them, finally with a hammer broke one in two and studied the covering.

I kept dozens of strings in my trunk at the dormitory at Transylvania. Small graduated strings — seventeen dollars, ropes of thirty or more inches — forty dollars. As remarkable as the pearls was the fact my trunk was never locked and the other girls sometimes sold one and threw the money in the trunk. Never any fear of stealing!

Auntie and Uncle Ed gave me two lovely strings which I lost when my suitcase fell from the top of the bus when I was on a glee club trip. Mother’s last string she divided and gave to you and Carole. Guard them carefully — each string is probably worth more than three hundred dollars today.

We never felt deprived or poor or left out of anything. At holiday times Reynolds came from West Point, Russell from Sewanee Military Academy, Grace, whom Mother and Father had reared from age eleven, from Texas and I from Ashland, Kentucky, where I was teaching. Gathered around the dinner table we were a family again — held together by the strongest threads in the world — Love!

* A playful reference to Begin the Beguine, a 1935 pop tune by Cole Porter that didn’t get much attention until in 1938 bandleader Artie Shaw made it (and thus himself) a hit. It’s been covered by many great artists since.

The View From The Balcony: “Hope Behind Bars” →

I’ll Take My Stand: “Give Me That Oldtime Religion” →